I commend you for taking the first step in self-discovery and healing! I invite you to share your feelings and emerge with a Lighter Heart. I want to hear YOUR story.

Then you may be a Highly Sensitive Person (HSP). HSPs are more prone to over-stimulation, emotional reactivity, depression, anxiety, addictions, compassion fatigue, self-doubt, relationship difficulties, physical ailments, burnout and more. As a Highly Sensitive therapist, I can help you to recognize the benefits and hardships of this trait, be more productive, have better relationships, and protect yourself from overwhelm.

As a true HSP myself, I have been able to experience and incorporate my high sensitivity into my work and likewise into a much more healthy and productive life by embracing this innate trait. Having realized the sheer relief of self-identifying as an HSP through Aron’s book and questionnaire, I sincerely wanted to share that with other HSPs who were struggling. I signed up to buy Aron’s later book “Psychotherapy and the Highly Sensitive Person,” and then took the exam. This enabled me to be listed on the HSP website for therapists in California (and later Hawaii).

When I became certified as an HSP therapist, I simultaneously became certified as an AIT practitioner. Advanced Integrative Therapy has been around for decades but relatively unknown outside of the Energy Psychology arena. It is based in Energy Medicine and used by therapists to neutralize (thus release) traumatic memories. These events can be as small as being yelled at, or as significant as being molested, raped, or abused recently or many years ago (Core wounds). What I realized early on while working with HSPs, is that they are often mildly traumatized on a daily basis. Someone who cuts them off in traffic and then gives a unsavory hand gesture is enough to traumatize us, if only momentarily (or for hours). Or a dear friend who suddenly doesn’t return a text or an email for days. An offhand remark with a little sting about our work, or a less-than-perfect evaluation. These recurring types of seemingly small offenses, can add up quickly in a highly sensitive mind and their easily over-activated emotions. HSPs re-think nearly every such interaction and are dutifully hindsight-analyzing constantly.

The older Core wounds often appear when we are triggered in our relationships or by events. Suddenly, something triggers us into flight, fight or freeze, and the panic and faulty thinking and reacting begins. These reactions become walls in our relationships and growth, and thus seem impossible to climb over or knock down. In order to find these Core wounds, I might have a client sit quietly with their eyes closed and take a few deep breaths as I guide them back in time. We try to locate that original traumatic memory and the feelings that accompany it that feel similar to the current trigger. Once found, we work together to find the exact phrase that describes that memory and the pain or distress around it. I then ask where the client feels this in her body, then we actively engage in the AIT techniques. These exercises often provoke very deep emotions and can be a little scary to move through. I create and hold a very safe space for the client as we move through these feelings together. Often within one session, much of the negative emotion has often been released from the body’s memory. The person may feel exhausted and exalted at the same time.

Along with the pure relief a person may feel after treatment, we’ll know the treatment was successful the next time a similar thing happens, or a similar tiff with a loved one or colleague occurs, the client is not emotionally hijacked by the under-lying feelings. Therefore, they are able to handle and negotiate the feelings and thus resolve conflicts or events without wanting to argue, escape or feel paralyzed.

That is AIT in a brief nutshell. There is much more to it, however it gives you an idea of what you might experience in a session. Because HSPs are normally deep thinkers, they are already familiar with a deeper depth of processing. The only problem is that they don’t always know what to do once they get down there. My clients often laugh when I liken it to their thoughts taking them to the spin room at best, and the crocodile death roll at worse. This is when one takes an otherwise mildly provocative thought (or outside comment) and ends up emotionally hijacked and panicked by over-processing it past the point of helpful (just ask some of their partners).

HSPs are notoriously hard on themselves! It is disheartening to see gal after gal come into my practice for therapy, laden with goodness and gifts and talents, and yet believing that they are worthless in many domains. How does this happen? I believe that having been different/sensitive/unique since very young children, has lent itself to criticism, ridiculing, bullying, outcasting, and feeling ostracized whether self-induced or imposed by external sources. And therefore, they may try everything to do to hide their sensitivity, stuff it down, cover it up or over-compensate for it. They may wish they were someone else and may also become codependent people pleasers (which can set them up for a world of potential heartbreak and even abuse). By the time they are teens or young adults, they are convinced that elements of their personalities are not acceptable nor appreciated, or worse, unloveable.

In therapy, we may also try to bring those rejected parts and voices forward so we can get reacquainted with them. How can we become whole if a large portion of our innate traits are withheld or hidden? How can we not be anxious when trying to repress these parts, or depressed when our psyche believes those parts are wrong or unacceptable?

These are some of the approaches we might invite into therapy in order to fully honor our highly sensitive temperament. My guiding principal for each client is; Joy, Energy and Peace. It is a lofty yet attainable goal. 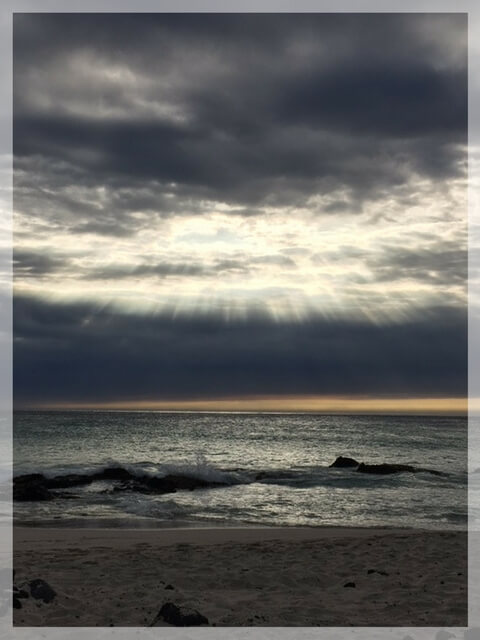 Step Out of the Darkness

My higher goal is for the knowledge of this trait to spread far and wide so that these extraordinarily sensitive and talented beings are more likely to thrive rather than struggle with their trait. HSPs tend to be deeply creative, artistic, musical, driven, attuned, energized, inordinately kind to others (human and animal-kind) and have much to offer the world. They are much less able to share their gifts when they have burned their candle too low by trying to extinguish or deny this exquisite trait.

This website is of a Highly Sensitive therapist and person, calling out to others who are suffering alone in the forest of sensitivity. I am asking more HSPs to step out of the darkness and let the light reveal your beautiful colors, maybe for the first time. Howling to say, “come discover that you belong to a very select pack, and that feeling different is a real thing, and a good thing! Rather than continuing these self-destructive thoughts and behaviors, let’s walk down a new path towards healing — together.”

Stay tuned for my upcoming book,

Addicted to Silence; And Other Healthy Habits of the Highly Sensitive Person.

Email: Please use the contact form on my Psychology Today page